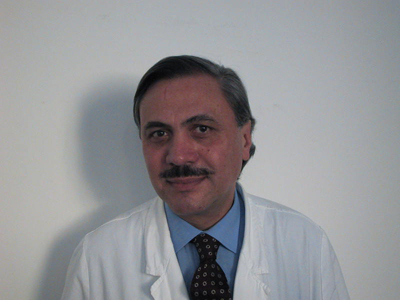 Following the positive assessment outcome for a position as Full Professor at the School of Medicine and Surgery, University of Genoa, for the Scientific Disciplinary Area: MED/18 – General Surgery (D.R.  – Rector’s Decree- No. 491 dd. 1/04/2004, published in the Official Journal No. 28 – IV Special Series- dd. 24/03/2004), having regard to the resolutions passed by the Management Board of the University of Genoa on 21.02.2005 and on 1.03.2005, and having checked with D.R. No. 345 dd. 24/03/2005 the validity of all the above mentioned proceedings, the above mentioned School of Medicine, with unanimous resolution passed on 27/04/2005, appointed the undersigned as Professore di ruolo di I° fascia (Full Professor) for SSD MED/18 – General Surgery.
After completion of the administrative procedure required by the Administration Manager of the University of Genoa (Prot. No. 16218 dd. 4/7/05), after my acceptance of the appointment, of the position (Section 8 – Law No.311 dd. March 18 1958), as well as my having opted for a full time job (Law No. 7256 /10/1982), together with a certification on stamped paper of my physical fitness and my affidavit on my being registered (since 1974) with the Provincial Order of Physicians and Surgeons (see accompanying letter, addressed to the Administration Manager, with all related attachments, dd. 18/07/2005), the Ufficio Dirigenziale per l’Amministrazione del Personale-Settore II (Dept. of Personnel Administration) (Prot. No.18247 dd. 26/07/2005), with D.R. No. 887 dd. 21/07/2005 notified to me my appointment as Professore Straordinario in General Surgery, with effect as of 1/11/2005. I officially took up this role and, at the same time, relinquished my previous position as Confirmed Associate Professor.
With transmission by the Dept. of Personnel Administration of copy of D.R. No.1300 (11/05) (Prot. No. 29182 dd. 28/11/05), concerning my salary as Full Time Professore Straordinario of SSD MED/18 – General Surgery, the whole appointment procedure as Professore Straordinario with the School of Medicine and Surgery University of Genoa was completed.
In compliance with the Minutes of the Faculty Members’ Meeting dd. April 27 2005, with specific reference to teaching and scientific activities that the winning candidate is required to undertake (and as approved by the Faculty Members’ Meeting on 1/04/2004), in the Three-year period 1/11/2005 – 31/10/2008, I carried out the activities described here below.