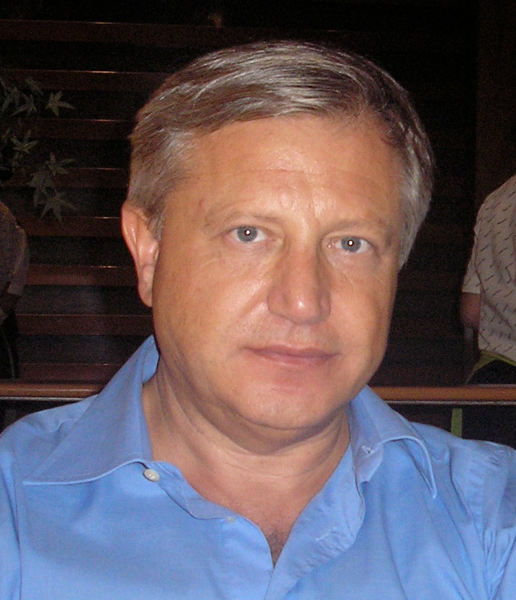 Thomas Mann wrote in his book ‘The Magic Mountain’: ‘The Sap is the best product, the most secret and sensitive of all the work of the body. We always speak of blood and its mysteries, it is called a special mood, but the sap is the true mood of the mood, the essence, the juice of one big and delicious power’. In fact, the sap is an organic liquid present in all tissues in the body, with components similar to those of the blood, but with different concentrations, the product of the ongoing work of the cells expel certain end products of their metabolism to the outside to be drained and then ‘cleaned’.

As the sap flows and what is the lymphatic system?
The sap flows in every area of the body through a system of channels of variable size, interconnected. These layered structures encountered in the course of their sacs form called lymph nodes or lymph nodes that contain within them many cells responsible for immunity. In their passage through these intermediate stations that could be compared to the highway, the components of sap from these cells are analyzed and if there are potentially harmful for the body (toxins, bacteria, viruses) are fought by these cells immune and, in most cases (fortunately for us) have been destroyed or deprived of their pathogenicity. The lymphatic system, therefore, in addition to transport substances that then earn the blood circulatory system with the natural markets higher end of the lymphatic ducts, which are represented by the veins at the base of the neck, has an important function of our body’s immune defense.

What is Lymphedema, when does it occur and how?
Lymphedema is a disease that affects the lymphatic system. It consists of an abnormal accumulation of lymph fluid in a particular body region, linked to difficulties in transporting the local lymphatic system. In short, the lymph tissues of that area continues to be produced in normal quantities but is the system of channels and linfoghiandolari stations interposed between those who do not have sufficient transport capacity.

Why does Lymphedema occur?

The reasons are essentially two: either there is a constitutional predisposition (often inherited) based on an altered or reduced development of lymphatic channels or lymph nodes (often at the root of the limb), and in this case we speak of primary lymphedema, or lymphatic routes and stations can be damaged or removed surgically or by radiotherapy or infection during the course of life, and in this case we talk about secondary lymphedema. In both cases, the transportation difficulties may occur at different times but always manifest themselves as an increase in volume (often combined with increased consistency) of the body area no longer ‘drained’ sufficiently.

To what extent lymphedema affects the population?

Today it is estimated that there are at least 250 million cases worldwide (including primary and secondary) and are increasing. Especially in the secondary forms appear to be increasing (often related to removal of lymph nodes to meet a criterion of radical surgery against a tumor that may or have already done so, invade the local lymphatic system). With current surgical therapies and radiotherapy the cancer wins more and more and better, but residual disease linked to radical therapy which must be borne by the patient, often getting younger. Lymphedema remains in many cases the residue may appear after some time varies widely from treatment (a few days to several years). For example in Italy today are running about 50,000 operations per year for breast cancer with a survival considerably. About 20-25% of these will develop lymphedema of the upper side where the surgery was performed, due to the necessary removal, in many cases, the axillary lymph glands. Only after the treatment of this disease in Italy grow about 10 to 11.000 new cases of lymphedema secondary per year.

What does the National (N) Health (H) Systems (S) for patients with lymphedema?
At this moment there is no specific care network organized throughout the country. The NHS actually knows a lot of regional realities, some of which are more ready to incorporate the needs that emerge; in this sense not all countries (very few) consider the problem in its severity and the patient who is suffering. In reality there is a culture of caring for these diseases that also appear to be debilitating, and in some cases, highly disabling. Patients often end up in emergency rooms for inflammatory or infectious complications in limb or body area affected (with high fever and impairment of the general) and maybe even their affection is not diagnosed or mistaken for thrombophlebitis (which happens frequently). Suffice it to say that the lymphedema is considered from the official nosological nomenclature as a ‘skin disease’ rather than a vascular disease. This is because, traditionally, in Coinstar money order the past, when the complication appeared and the skin of the affected area suddenly became red, hot and painful, the patient was addressed by the dermatologist, irrespective of the status that existed before the acute complication and inevitably followed this diagnosis. In the same university training courses for doctors, physiotherapists and nurses, only now they are beginning (and only in some universities) to talk about lymphedema. However, many centers are springing up spontaneously (in agreement or not) with good quality care, sufficiently spread over the territory to cover large areas. The problem remains that many patients are forced to pay of their own pockets for the treatments and elastic garments that follow the acute phase of treatment, as not covered by the essential levels of care of many regional health plans.

What treatment options we use today?
In addition to some possibility of surgical treatment of the lymphatic system with microsurgical techniques performed only at a few highly specialized centers, not always solvers, and drug treatments that have a moderate effect only in the clinical stages of the disease, the treatment is the physical rehabilitation which plays a leading role in this area. Through a combination of manual and mechanical techniques of drainage and the application of the band followed by a specific type of exercise you can, in most cases, obtaining good clinical results that can be maintained and strengthened by wearing an elastic girdle and adopting a healthy lifestyle. Given the specific nature of the problem is obvious that the team that takes care of the patient must be familiar with the problem (with all diagnostic and differential diagnosis of the case requires) and be prepared specifically for the individual therapeutic approach.

Where can I send a patient with lymphedema and with such prospects?
Ci sono centri affidabili distribuiti in macro-regioni. Per conoscerli è sufficiente consultare Internet e, in particolare, il sito di qualche associazione di pazienti, che si formino liberamente (ovviamente, i pazienti con linfedema con tutta la loro storia, comune agli altri, di vagare alla ricerca di una soluzione di continuità stabile al vostro problema). Visitando i siti web si possono trovare le esperienze di molti pazienti che, in un modo o nell’altro, hanno trovato il loro equilibrio per il controllo di una malattia cronica che, se lasciato a se stesso, ha una naturale tendenza a flare cliniche e complicanze cliniche. We can best describe the fate of patients with lymphedema in the Italy in 2010 and how to correct this if necessary to achieve a ‘good health’? The latest report on the ‘politics of chronicity’ just by Active citizenship (with the collaboration of the Tribunal for Patients Rights’ and the National Coordination of Associations of the chronically ill) points out, at the beginning, one of 14 entered the European Charter Patient Rights’ states: Everyone has the right to access health services that his state of health. The health services must guarantee equal access to everyone, without discrimination on the basis of financial resources, place of residence, type of illness or time of access to services’. Today in Europe, it is not.There are local situations where at least elastic clothing, essential for disease control shall be reimbursed or provided directly. In most other regions, this does not happen. But the paradox of the paradox is that a European citizen is permitted to carry out treatments abroad (and this happens far too easily by the various countries responsible for these permits, although there are many national centers qualified to perform such services).

We need a central legislation (and in this sense, the scientific guidelines of the Scientific Society as the European Society of Lymphology have great practical value) that is passed to the level of individual regions which must incorporate the need to establish regional reference centers they receive and resolve problems in the territory of many patients who are still waiting for concrete answers to their care needs.