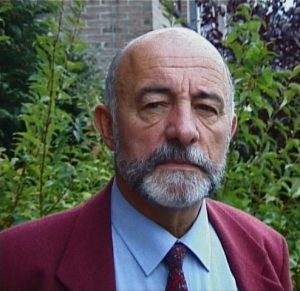 The physical treatment of lympho-venous insufficiencies has long been confined to the therapeutic application of the manual drainage. I want to emphasize the therapeutic aspect because the manual drainage originally approached by Winiwarter was used in aesthetic by Vodder (1936): it is clear that at this time there was little question between the physical medicine and physical therapy! We very well known Emil Vodder and his wife Estrid. They came several times to Brussels to deliver courses and visited several times our laboratory of Lymphology installed at that time on the campus of the Université Libre de Bruxelles (ULB).

The technique of manual lymphatic drainage was sorely lacking in scientific experiments: this is why we initiated this laboratory with Prof. Dr. Sabine Godart founding member of the International Society of Lymphology.

We were assisted in this effort by the academic authorities of the Vrije Universiteit Brussel (VUB) and by the National Fund for Medical Scientific Research (FNRSM).

We held, several times, Meetings of the European Group of Lymphology (today European Society of Lymphology)  and we are delighted to have hosted since 1978, the most eminent specialists in Lymphology,  including Dr. Földi, E. Kuhnke, J. Merlen, H. Mislin, G. Szabo and HR Van der Molen.

It was also at this time we have demonstrated the effectiveness of manual lymphatic drainage of interstitial fluid resorption by the initial nodes (maneuver ‘resorption’) and the progression of the lymph through the application of maneuvers of ‘appeal’. We presented for the first time that differentiation of maneuvers and their effectiveness at the Congress of the European Group of Lymphology organized by Professor G. Hidden and JP Brun (Paris, 1981).

Manual lymphatic drainage is draped gradually while scientific support has grown considerably over the years through the improvement of investigative procedures and the birth of learned societies such as the Group for the Study of Lymphatiques which later became the European Group of Lymphology and is now the European Society of Lymphology.

As part of these societies that meet all those who believe that without research there is no medical treatment worthy of the name.

Medicine today is different from the one of yesterday. The same is true for physical treatment where it is clear that physical therapy will be different tomorrow from today if it will evolve on the basis of data from the research.

Lymphoscintigraphy has proved to be the expert hands of our past-president of the Euro. Soc. of Lymphology, Prof. Dr. Bourgeois, an extremely valuable tool in the investigations regarding the effectiveness of maneuvering drainage manual.

We can say today that the manual lymphatic drainage has permanently left the winding paths of empiricism to walk the roads, really exciting, of scientific experimentation. We know that the European Societry of Lymphology will, through its meetings and the scientists sharing, be an effective force in this evolutionary process.

Albert Leduc President of Honour of the ESL