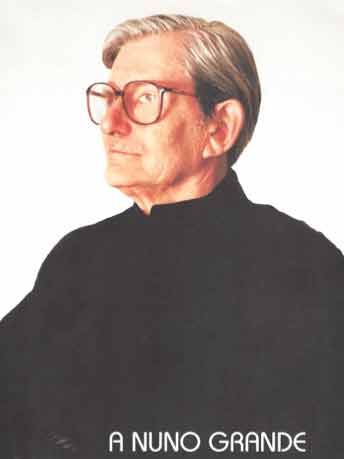 Albert Leduc reminds us of his professional life, with passion and friendship.

To you, my friend.

Nuno Lidio Rodrigues Grande, was born in Portugal, Villa Real in 1932, died in Porto October 8, 2012.
Nuno Grande graduated Doctor of Medicine of the University of Porto in 1957. He became a volunteer assistant professor of anatomy at Hernani Monteiro, where he had the opportunity to meet  master of disciples, like  most famous professors including Sousa Pereira and Alvaro Rodrigues.
In 1962 he married  Dna Ana Maria Leite Rodrigues. From this marriage were born three children: nationalparks.org Cristina, Nuno jr and Catarina.
Nuno Grande did his military service in the military hospital in Luanda and became an assistant at the University where he was elected  member of the Centre for the Study of Experimental Medicine of the Scientific Research Institute of Angola. He was promoted to Dean of the Faculty of Medicine and Vice Chancellor of the University of Luanda.
Nuno Grande left Angola in 1974 to return to Porto, where he founded the Institute of Biomedical Sciences Abel Salazar. He was elected President of the flesh of Systematic Anatomy, where he produced work whose impact is international.

Professor Nuno Grande was greeted several times by the Angolan authorities with whom he kept frequent contacts and friendly after Independence.

all in one place

It is with great emotion that we remember him. We keep the memory of his great wisdom, calm presence and precison of its speech. His health did not allow him to participate in our latest work and its absence is hard to bear for all of us who have had the opportunity and honor to work with him.

Allow me to express to his wife Ana Maria, and his children, the profound sadness of all members of the European Society of Lymphology.