Syndromes with iliofemoral accidental occlusive or venous truncular malformation are fequently associated with primary and/or secondary lymphedema due to a simultaneous dysplasia of the lymphatic system or as a result of regional venous hypertension occasionally highly relevant.

An example of these may be overgrowth syndromes with vascular dysplasias and embryo-fetal or perinatal syndromes wiù1 occlusive venous thrombosis and its involution By extension, also in some May Thurner syndromes, always occurring on the lcft side: evcntual therapeutic lymph nodc-vcin anas1omoses gcncrally wth a luck of a lymph-vein prcssure gradicnt, both in terms of the lymph node drainage itself resulting from a distrurbance of lymph concentration and of the lymph-vein anastomosis with high venous pressure.

To prevent this situation, the classical Palma technique may be associated with the Nielubovics Olszewski proposals (modified), with no section of the efferent nodal lymphatic vessels. In this way, we involve an internal saphenous vein (vena safena magna) with pressure == O from the healthy side with a lymphatic system (and also venous. eventually) on the compromised side in hyperetension. We use this alternative in severe cases of Klippel Trenauny Weber and Servelle. Proteus and CLOVEs Syndromes in pediatrics. 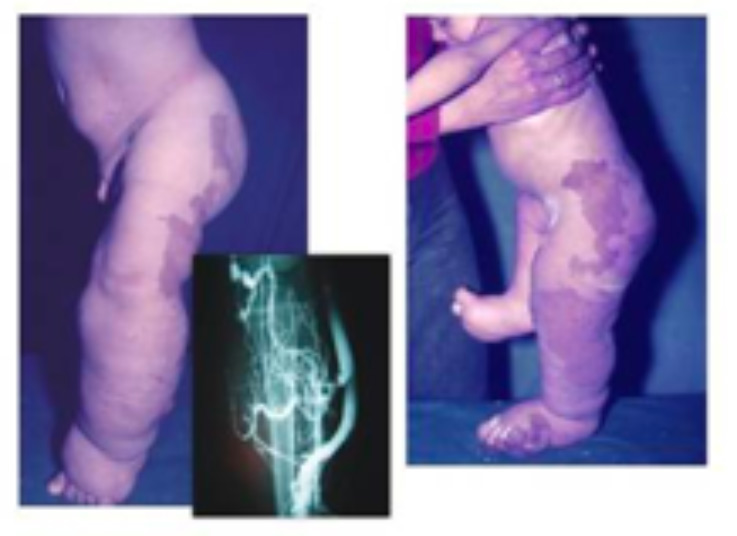 As example, a direct phlebography, with a  troncular venous malformation, with exclusion of the femoral veins, and  a persistent avalvulated vena marginalis. Selected Patients for a combined  Palma-Olszewski (C.M.Papendieck) technique, as an surgical alternative for its Primary (Lymphatic malformation) and Secondary (because venous malformation) Lymphedema. 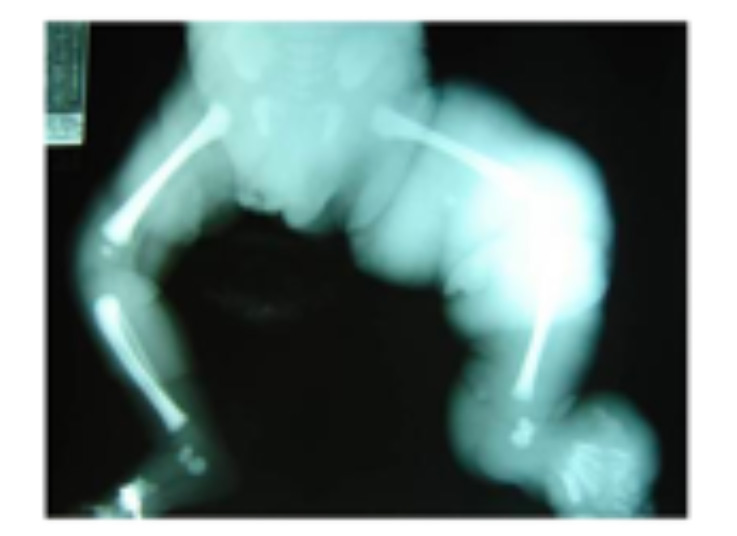 Fig  2. Direct digital Rx of the lower limbs from a baby  with a  vascular and lipomatous overgrowth Syndrome. 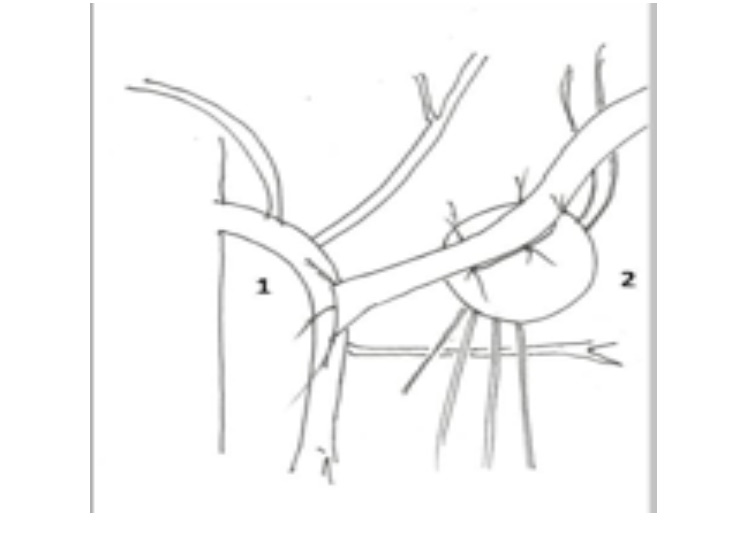