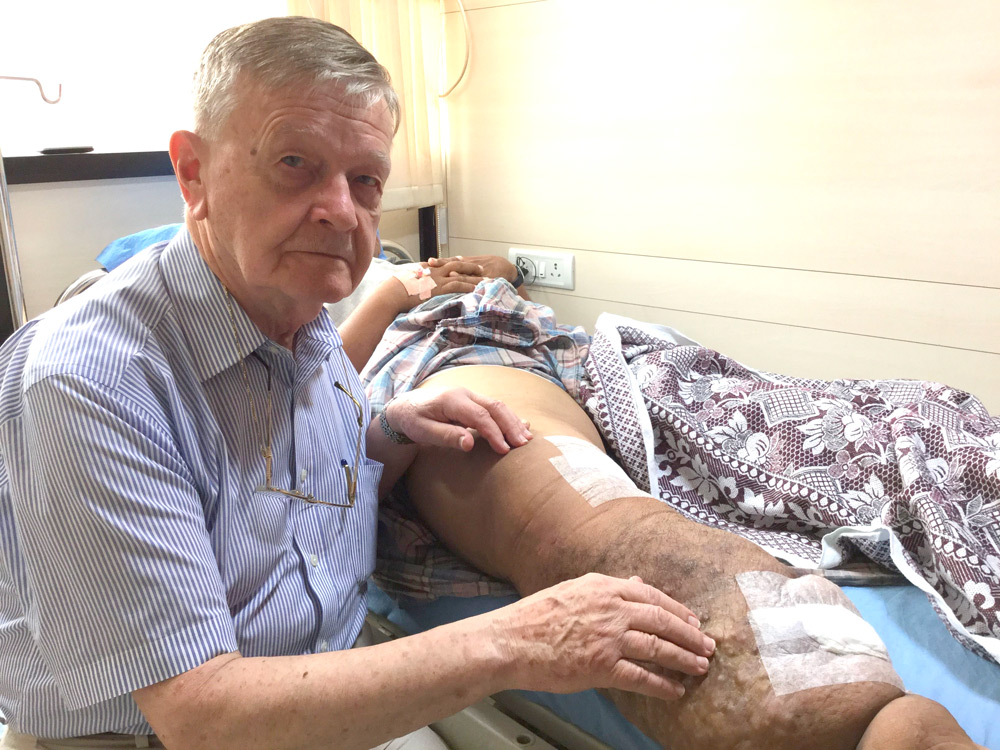 I am honored that I can write a few words about Waldemar. All those who are even a bit interested in lymphology know this name. Many of you had the opportunity to meet him at conferences and listen to his always interesting, carefully prepared and inspiring lectures. You have seen with what passion he talked about issues that interested him, with what passion he defended his idea and searched for the truth, always ready for the discussion.

I am very lucky and privileged have been working with Waldemar since 1991. We spend many hours, days, months, and years together working with patients, in the operating theater, in the laboratory, preparing our lectures and publications. We have worked all over the world, in Europe, in India, the USA, South Africa, Israel, Japan, Egypt, Georgia. Wherever there are patients in need of treatment and medical people ready to learn how to treat them. I always admired his dedication and commitment to broadening his knowledge and willingness to share it.  I admired his energy, new ideas, and determination to do everything the best and as accurately as possible. Waldemar is a great man and a beautiful mind. His interests and area of work include not only lymphology but also immunology, bacteriology, transplantology. He published around 600 publications and 7 scientific books. In his beautiful mind (which probably never fell asleep) many new ideas arose, such as lympho-venous anastomosis. He designed and introduced this type of surgery into clinical practice in 1966. After 55 years, hundreds of surgeons have been performing this procedure every day. Many of them do not know that the procedure has such a long history and that Waldemar is her “father”. He discovered spontaneous lymphatic contractility in humans in 1980, he proved that bacteria are responsible for developing lymphedema in human limbs, he introduced long-term low-dose penicillin treatment in the prevention of chronic DLA in patients with lymphatic vessels dysfunction. In 2014 he introduces the implantation of artificial “silicon lymphatics”, a new type of surgery in advanced lymphedema. In recent years we did a lot of study on pathophysiological changes develop in tissues in lymphedema and on hydromechanics of edema fluid. The list of his contributions to science is very long. I have only mentioned Waldemar’s main achievements in the field of lymphology. Even only what I mentioned evokes admiration and surprise. Is it possible that one man did it? Yes, but this is WALDEMAR.

Those of you who met him at conferences know his sense of humor. After such an introduction Waldemar would probably say: “ I am not as good as you said but definitely better than you think”.

Waldemar will always be in my heart, in my thoughts, and in everything, I will do. His ideas will stayalive. As Waldemar’s granddaughter wrote: “. I will always carry his determination in my heart and remember him as the most driven human I know.”